The NEW Marvel VS Capcom 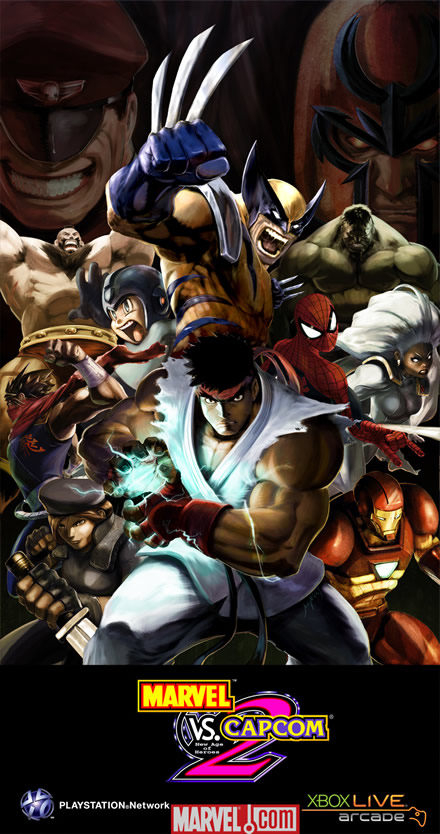 The second most awaited video game of the year is finally coming out. Mainly though, I think it is just a reproduction of Marvel vs Capcom 2 for the PS2. The game will feature an even bigger line up of heroes, and villains to play as in the game. Here is the link that shows all 56 playable characters in the Game

The game has been announced on Xbox Live and on the PS3 network that it will be available very soon, for both consoles. I myself can't wait for this to come out on the box.

What I don't get is that they added bone-claw and adamantium Wolverine. Whats the point in that

Don't worry though, I will add more info on the game when I find some. This is only the start of my Marvel vs Capcom blog.(The other ones don't count).

Jun 29 2009 06:37 PM
That's the same exact roster of characters as previous versions of MvC2. I have it on the Dreamcast and played it heavily in arcades back when it first came out. Pretty awesome game. I'll snag it on the PS3 as soon as it gets released.

Jun 30 2009 11:44 PM
Not even a remake. Direct port of the arcade game, save for HD-rendered graphics and online play (not unlike the Super Street Fighter 2 Turbo re-release last year). If you dont' care about that stuff and already own the game, no need to buy it again.